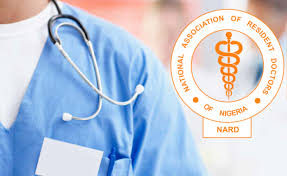 The nationwide strike action embarked upon by medical doctors organized under the aegis of the National Association of Resident Doctors over non-payment of salaries and allowances such as COVID-19 allowances and shortage of manpower in hospitals, has now entered its seventh week

Exploring different tactics to weaken the resolve of the medical doctors, APC-led Buhari regime and the Federal Minister of Labour and Employment first threatened to invoke the ‘no work no pay’ provision in the labour laws. Then, the regime proceeded immediately to institute a legal action against the striking doctors.

In no time, the court made an exparte order that both parties should seize hostilities. This was mischievously interpreted and publicized by the regime to mean that the Resident Doctors have been ordered to go back to work.

Then later came the recent drama at the resumed hearing on Wednesday 15th September 2021. Lawyers to the Resident Doctors had earlier filed Notice of Preliminary Objection challenging the jurisdiction of the National Industrial Court to entertain the suit, thinking that the issue of jurisdiction is germane and fundamental and that the court ordinarily should hear it first before any other application pending before it. In an obvious biased way, the court chose to ignore the preliminary objection and went ahead to hear application for interlocutory injunction filed by the lawyer to the government, thereby granted an order of interlocutory injunction, ordering the Resident Doctors to resume work pending the determination of the suit. Although this was immediately and rightly appealed against by the Resident Doctors.

All these reveal two things. First, it shows high determination and resoluteness on the part of Resident Doctors even in the face of threats and attacks. It also exposed the true nature and function of the judiciary in a class society. Contrary to what they want us to believe, the judiciary like all other state apparatus remains an organ of class rule, which the state uses to maintain and defend the interest of the capitalist ruling class.

The high level of determination shown so far by the Resident Doctors is not accidental but rooted in decades of neglect and maltreatment in terms of their rightful salaries and allowances and lack of facilities with which to perform their duties at the hospitals as a result of poor funding.

The latest World Health Organisation survey ranks Nigeria’s healthcare system as the fourth worst in the world. For several decades, Nigeria’s health sector has suffered from serious underfunding. Despite a 2001 declaration by African heads of state, known as the Abuja Declaration, to allocate at least 15% of their national budgets to health care, successive Nigerian governments since then have consistently allocated under 10% of their budgets to health care. A paltry 4% of the National Budget was allocated to health in the 2021 National Budget.

Medical Doctors are also extremely overworked and overstretched. Contrary to the claim of Chris Ngige, Minister of Labour and Employment, that Nigeria has “more than enough” doctors, the country in reality only has 0.38 doctors per 1,000 people. If Nigeria is to follow United Nations Recommendation in 2015; countries should aim for a minimum of 1 doctor per 1,000 people. This would mean that Nigeria would need at least 200,000 doctors to sufficiently cater for its 200 million people.

Campaign for Workers and Youth Alternative hereby expresses its solidarity with the National Association of Resident Doctors (NARD).

We highly commend your steadfastness and determination at this trying time. We call on all the other unions in the health sector, as well as the trade union federations (Nigeria Labour Congress, NLC, and the Trade Union Congress,TUC) to join NARD in solidarity as a way of putting pressure on the government.  Adequate funding of the health sector is a battle that should concern all labour unions. Majority of hospitals in Nigeria are no more than mere consulting centres, lacking in everything. This is why the ruling elite no longer patronizes it, they travel abroad for treatment of ordinary headache and toothache.

While we commend the NARD and support this strike wholeheartedly, it is important to say that genuine solution to all the problems bedeviling almost all the major sectors of economy in Nigeria today can only be achieved by wresting power from this useless Nigerian ruling elite that has held the country down for decades.