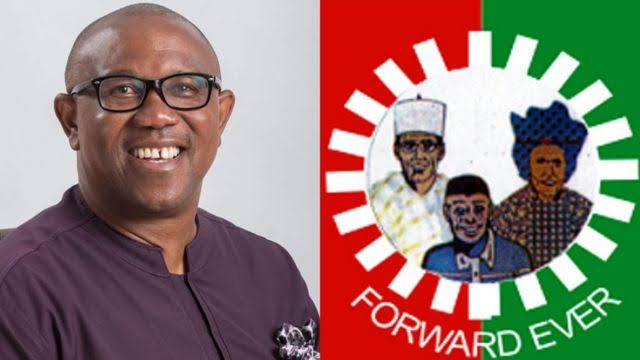 It’s the build-up to the 2023 General Elections and there is a widespread sense of urgency among Nigerians to salvage the most populous country in Africa. The country is on the edge of precipice with tons of economic problems besetting it. As we write, the debt to revenue ratio stands at a shuddering 92%. Nigeria currently services her debts with 92% of her revenue. Inflation rate has sprung up to 17%, while the unemployment rate stands at a whopping 33%.

In the midst of these unbearable conditions imposed upon overwhelming majority of the Nigerian workers and the poor by these inept and useless ruling class, their imperialist masters, IMF et al are also advising them to urgently introduce SAP reforms which entails the removal of their so called “fuel subsidy” and devaluation of the Naira in the context of multi-dimensional poverty being faced by Nigerian workers and the poor.

This unbearable situation has resulted in high spate of terrorism, banditry, and brigandage. In the North West region of the country, bandits who are victims of decade-long, violence of neo-colonial capitalism- are wilding and rampaging with reckless abandon.

Armed by the flow of weapons from the Mad Max string of supply chain, created in the backdrop of the implosion of Libya- in tandem with the geopolitical destabilization of the entire Sahel region of West Africa, the bandits are well equipped to terrorize not just the Sahel- but the North West of Nigeria that hems it also.

The radical Islamic terrorist group, Boko Haram, inflicts terror in the North East of the region for over a decade now- territories are gradually annexed via asymmetric warfare by the group. In the South Eastern part of the country- a militant separatist group, IPOB, has morphed into a violent group after years of state repression by the Buhari-led government.

As 2023 General Elections draw closer, overwhelming majority of the Nigerian workers and poor are desperately yarning and looking for an alternative to the current rot that we presently have with us. They have experienced 16years of hardship under PDP and are also daily experiencing hardship under the current APC regime. They are daily learning and drawing conclusions from all these experiences. They have lost total faith in these two main bourgeois establishment party and are very desperate for an alternative political platform.

It is within this context that the call by the leadership of the trade union to workers to join the labour party even despite the fact that a right-wing populist bourgeois politician in the person of Peter Obi is the party’s presidential candidate, could be situated. The attention of overwhelming majority of Nigerian youth and workers are daily being drawn to this upcoming electoral event. This can be seen in the huge surge in numbers of those currently collecting their PVC. They are gradually entering the arena of politics and believe that with their PVC, they can boot out all the failed bourgeois politicians of both the APC and PDP who have lost their social base and completely discredited. In the absence of a viable political alternative, there is no doubt that they are looking to the Labour Party, being a party that have not been tested before now as that alternative political party.

There is no doubt that there is some form of Illusion in Peter Obi, most especially by a layer of Nigerian youth who genuinely desire change and are disillusioned by the two bourgeois parties (APC and PDP) and regional agitators who feel an Obi presidency is a compensation for decades of political marginalisation. “Obidient” is gradually becoming a movement most noticeable on the social media.

This then raises a fundamental question, does Labour Party as it is presently constituted with Peter Obi as its presidential candidate represents that genuine alternative for the overwhelming Nigerians – workers, poor and the youth? The answer is a capital NO. Labour Party no doubt was formed by the leadership of the trade union but the party has been completely abandoned and left for failed bourgeois politicians and right-wing elements, who at every electioneering period make use of the party for their selfish political aspirations. The leadership of the party has been hijacked by right-wing elements who now do the biddings of the ruling political class. This explains the reason why a person like Peter Obi, a former vice- presidential aspirant of the PDP can become the presidential candidate of the party.  Peter Obi is and remains a representative of the interests of the bourgeois class and no doubt would implement the capitalist’ programmes of cuts, cuts and more cuts. He is a market fundamentalist whose solution to the manifold crisis of capitalism in the Nigerian state is IMF-esque shock therapy. He builds a brand around frugality- a moral framing of austerity measures and cost pruning. The private sector-led ideas he espouses are solely for the interests of the capitalist ruling class, and the middle-class liberals who think individual liberty is located in exploiting cheap labor via free enterprise and private property.

For as long as mass of the working class maintains apathy towards the politics and the Labour Party in particular, the worst of what we are experiencing has not been reached. We therefore agree to the call on the working class and the poor to reclaim the Labour Party, without yielding a bit to the illusion around Peter Obi and all the right-wings elements currently populating the party. Forward to socialism!